The 18th Century Walter Raleigh Boutique Hotel is spectacularly located on the sea front promenade in the famous heritage town of Youghal in East Cork. The gateway to Ireland's Ancient East.

Sir Walter Raleigh was one of the most dynamic and colourful characters of the Elizabethan period. Born in Devon c. 1552, he took part in military campaigns in France and Ireland and organised expeditions to America. By the late 1580s Raleigh was a favourite at the court of Queen Elizabeth and was knighted in 1584.

Raleigh had taken part in the suppression of the Desmond rebellion in 1579 and benefited from the subsequent distribution of land. He received 40,000 acres which included the important towns of Youghal and Lismore. This allowed him to become one of the principal landowners in Munster, but he had limited success in inducing English tennants to settle on his estates. Youghal was the home of Sir Walter Raleigh for short periods during the seventeen years in which he held land in Ireland. Raleigh is said to have planted the first potatoes in Ireland at Youghal, thus introducing a nutritious food which was to have a major impact on Ireland's future.

Another incident recalls how Raleigh was smoking in the garden of his home, Myrtle Grove, when his servant, never having seen tobacco before, threw water over him fearing that he had been set alight. Raleigh was Mayor of Youghal in 1588 and 1589. Amongst his acquaintances in the area was the poet Edmund Spenser who, like Raleigh, had been granted land in Munster.

The 1590s brought difficulties on Raleigh's Irish plantations at a time when his own fortunes were in decline. He sold his Irish estates in 1602, thus ending his involvement with the plantation of Munster.

Join our mailing list and be the first to hear about news and events as well as last minute offers that we don't advertise. 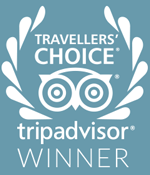 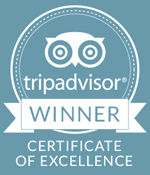